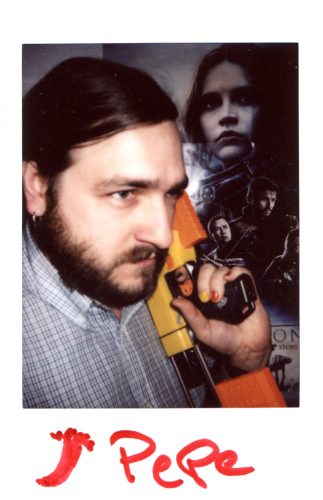 Born 1985, the golden era of videogames, he grew up with NES, SNES and his first PC. As he dived further in programming and the architecture of videogames, he started studying Computer Sciences in 2007. After a workshop with the „Filmakademie“, his decision was set. He wanted to make games for a living. 2011 he then joined Sebastian and Mareike and founded Studio Fizbin. Since then he worked on “The Inner World” (awards!), the “Game of Peace” (more awards!) for a museum and many other projects. 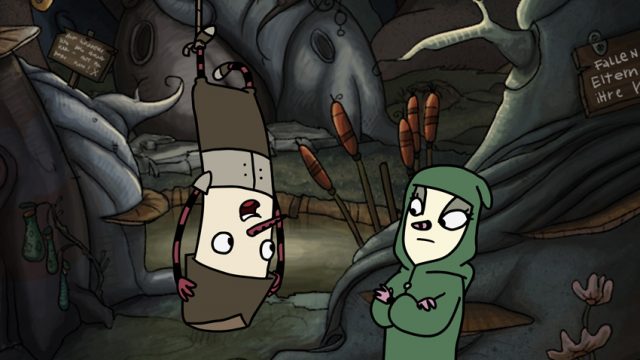 The Inner World is a classic-style hand-drawn Adventure game for PC, Mac, Linux, PS4, Xbox One, iOS and Android. Solve plenty of challenging puzzles with Robert and Laura in the twisted world of Asposia. Experience an atmospheric and humorous story full of bizarre characters.
published 2013 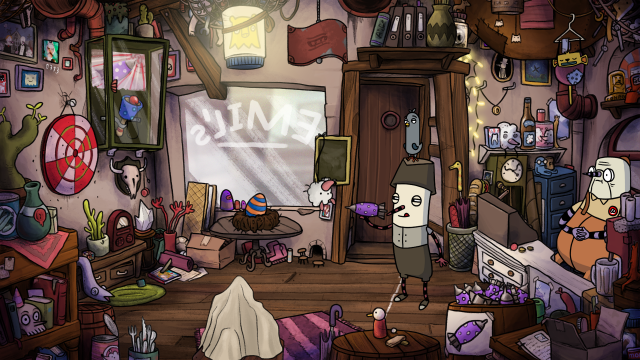 The story continues in 2017 with the highly anticipated sequel to our successful adventure game. Solve mind-bending puzzles in Asposia and discover a world full of mystery and secrets. Play as Robert, Laura and Peck the pigeon to save the family of the flute noses and meet a bunch of crazy characters along the way!
published 2017